Sadly, Evan passed away on 13th May 2009. This special feature was written in April 2009 to mark his appointment as a Vice-President of the Morriston Orpheus Choir, his retirement as Engagement Secretary, his work as  a Vice-President of MOCSA  and his unique
contribution to the Choir 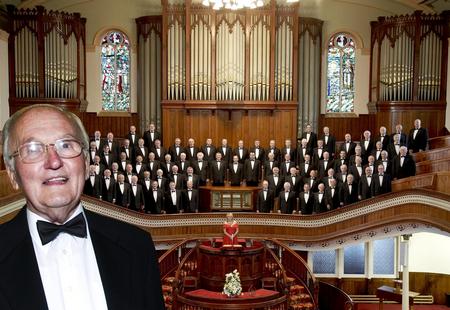 Evan Roberts, of Dunvant, Swansea, seemed to have been a fixture in the Morriston Orpheus forever.

He joined the Choir 37 years ago in 1972 and served as a Committee member for over 25 years. 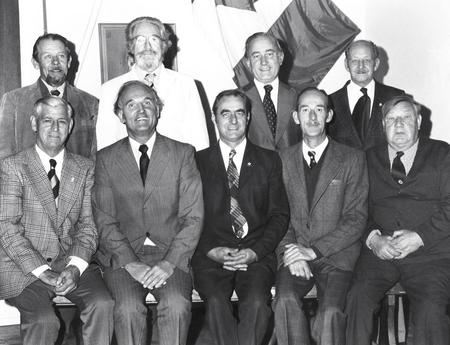 He was a former Recruiting Officer and Vice-Chairman of the Choir and was a founder member of the Morriston Orpheus Choir Subscribers’ Association (MOCSA), but it is as Concert Secretary, later changed to Engagements Secretary that Evan will be remembered most. He was involved in the organisation of well over 600 Choir engagements. 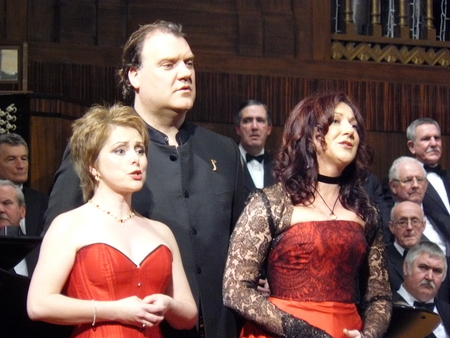 Rebbeca Evans, Bryn Terfel and Shan Cothi - just some of the international stars that Evan has booked for Orpheus concerts

His experience and wisdom in the Committee room was second to none. What he didn't know about the Choir history and recordings isn’t worth knowing. He had an educated opinion about all of them, and those of other choirs too. 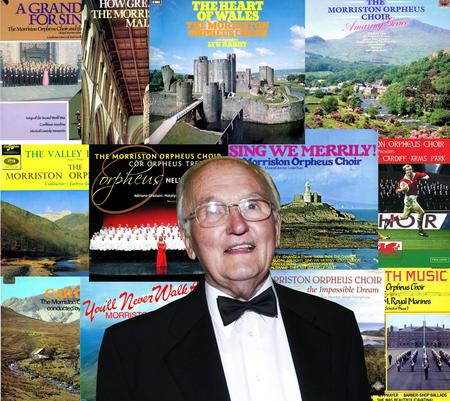 Evan with just some of his favourite Orpheus recordings

His ability to negotiate with engagement organisers demonstrated his total business skill. He would have done well as a sales consultant in the commercial world, but his talents were not wasted with the Orpheus. It is because of Evan Roberts that the Choir secured so many prestigious engagements. 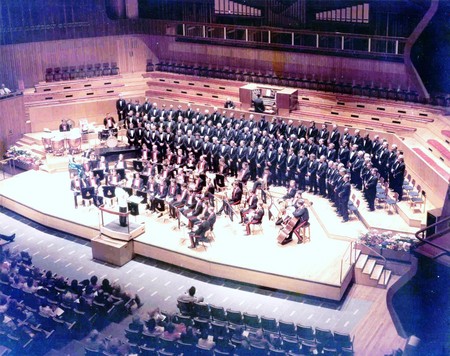 At the Royal Festival Hall, one of the most prestigious concert venues in the world.

Many concert organizers expressed gratitude for the help and assistance Evan gave them. Anyone who had dealings with Evan quickly became familiar with his qualities. He was a gentleman and it was always a pleasure to be in his company.

Evan had not been in the best of health in recent times and  decided to stand down from office this year. A Vice-President of MOCSA, he was made a Life Member of the Choir in 1997 but, for his dedication, commitment and pure hard work and effort, the Morriston Orpheus created him a Vice-President of the Choir, the first ever chorister to be awarded this honour for exceptional service as an Officer of the Choir.

A section of the second tenors at the Annual Concert 2008.

Evan was born and brought up in Caernarvon, North Wales. He served in the Welsh Guards but, when he came out of the army, there were no jobs to go to. 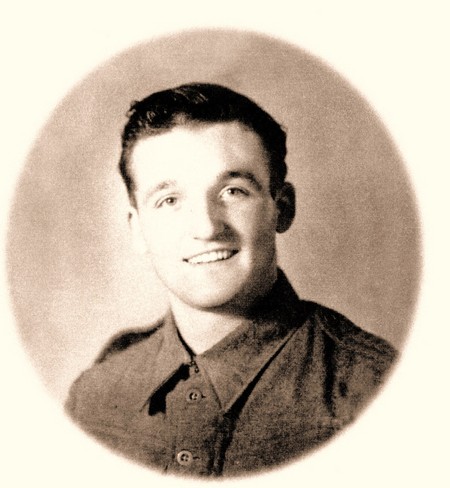 In fact, in his own words, ‘there was very little employment in North Wales’. So in 1949 -50 he moved to South Wales. He was an avid radio listener and was a great fan of Sir Harry Secombe and the programmes ‘Welsh Rarebit’ and ‘We’ll keep a welcome’. One day he heard a choir singing on one of the programmes, ‘what a brilliant choir that is’, he thought to himself! He discovered it was the Morriston Orpheus. Every time he heard that the Orpheus was going to sing on the radio, he made sure the radio was turned on, and UP! He thought the Orpheus was the best choir he had ever heard.

During the 1950s, Evan saw a poster in Swansea advertising a concert by the Orpheus conducted by Ivor Sims in the Brangwyn Hall. Tickets were £1-10s, but, he bit the bullet and went to the concert. The sound of the Choir was terrific. The piece which stuck in his mind was ‘Y Delyn Aur’ and Evan was delighted that it is once again in the current repertoire of the Orpheus.

A work colleague, Dennis Buckley, at the British Rail Landore diesel depot, persuaded him to come to a rehearsal. After an audition, the Musical Director Lyn Harry selected him as a second tenor.

Evan became Concert Secretary in 1979 and, apart from a break for two years, undertook the role through to 2009. 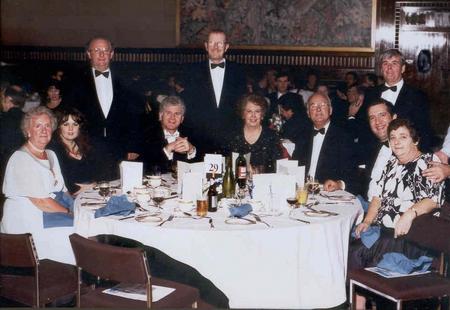 Evan and Val at the 60th Anniversary Dinner at Swansea's Brangwyn Hall. 1985.

From over 600 engagements with which Evan has been involved, one of his favourite anecdotes dates back to the 1980s when he was approached by Ieuan Thomas of Morriston Hospital who invited him to listen to a young girl singing in the Morriston Hospital Choir. This he did, and recommended her to Musical Director Alwyn Humphreys as a possible future soloist. She was invited to join the Choir as a soloist on the 1989 tour of the USA and Canada and, in the same year, she won the MOCSA Young Welsh Singer of the Year Competition. Thus, Rebecca Evans was on her way! 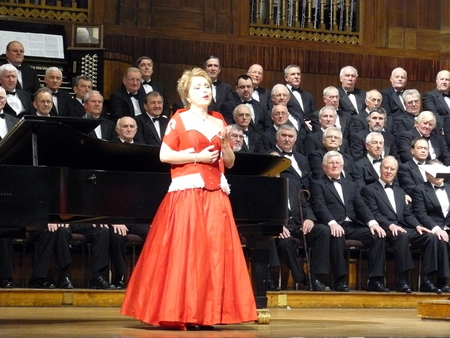 Stepping down from the front line of organising concerts, Evan reflected: ‘It’s been a wonderful 35 years, absolutely wonderful! I’ve enjoyed every minute of it. I’ve got far more out of it than I ever put in.’

From all your friends, thank you, Evan.