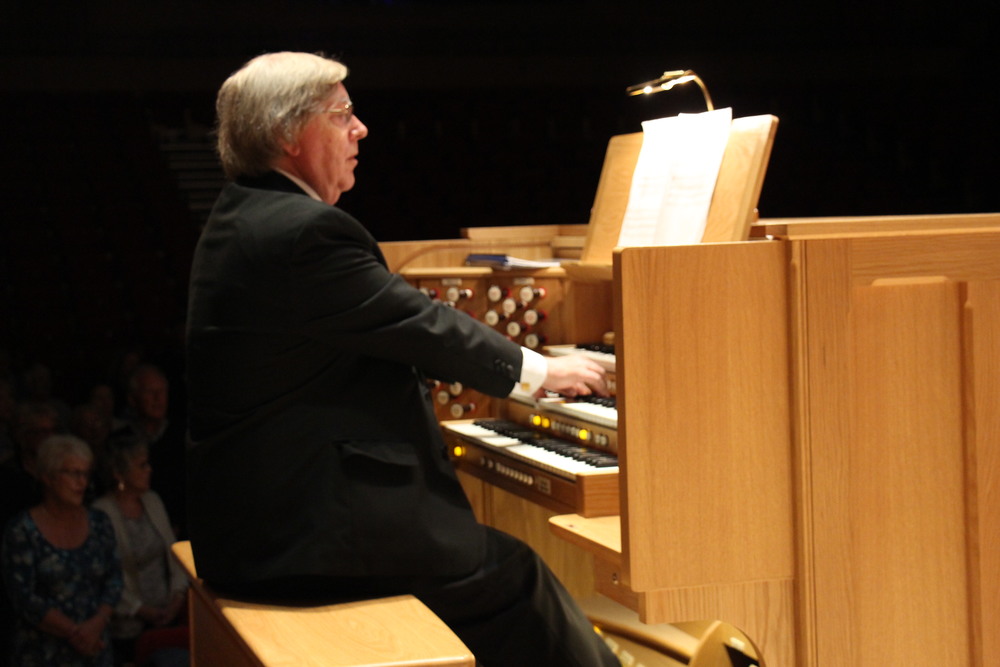 Leslie Ryan was born in Penarth, South Wales. He trained at the (now) Royal Welsh College of Music and Drama where he won several prizes and he qualified as a teacher at the University of Wales, Institute Cardiff. He has a joint honours B.A degree in music and philosophy and a diploma, with distinction, in organ playing.

He held several posts as head of music at Morriston Comprehensive School, Bishop Gore School where he was also head of the faculty of Creative Arts, and at Gorseinon College, Swansea where he specialised in teaching AS, A level and Scholarship level music. In all these posts he established an outstanding reputation for a wide range of extra curricular activities in orchestral, choral music and theatre production. For many years Leslie was one of the choral tutors working with the West Glamorgan Youth Choir.

His association with the Orpheus began when he moved to Swansea in 1970 and was appointed their official organist, at the age of 23, under the inspirational direction of Lyn Harry. In 1974 he was also appointed organist to Llwynderw Parish in Swansea. In 1975 Leslie became musical director of the Orpheus and his first engagement was conducting the choir at the Royal Albert Hall, London. He directed the Orpheus for their ground breaking LP It's A Grand Night for Singing which featured 48 songs! To mark his appointment, Leslie composed a choral anthem for the Orpheus, Sing We Merrily, which was recorded by them and published by Novello. Leslie is featured on nine of the Orpheus recordings either as organist or musical director. It was during the period when Leslie was Musical Director of the Orpheus that the MOCSA young singers competition was established.

In 1979 Leslie relinquished his role as musical director with the Orpheus to concentrate on his professional teaching work.

Leslie resumed his association with the Orpheus in 2006 initially as guest organist and later as the official Choir Organist. Leslie retired from the role of Organist in October 2019.

Leslie enjoys composing and arranging all sorts of music and has several pieces published by Sibelius Music.