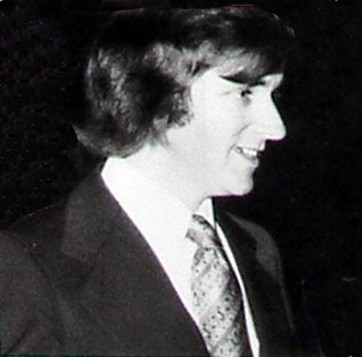 Leslie Ryan was the Musical Director of the Choir between 1975 and 1979. Leslie's first official concert with the Choir was on 1st March 1976 at The Royal Albert Hall, London. In 1977, Choir undertook a tour in Berlin. Leslie Ryan's Assistant Musical Director was Leighton Jenkins, and Accompanist Mrs. Doreen Williams. One of the major achivements during this time was the recording of the ground-breaking LP A Grand Night For Singing which featured 48 popular songs accompanied by he Band of the Royal Marines and sung in Music Theatre style. To mark his appointment Leslie wrote an original anthem for the Choir, Sing We Merrily, which was subsequently recorded by EMI and published by Novello. Our 1985 Golden Jubilee Brochure reports that 'Mr. Ryan introduced a range of popular traditional and new songs in the modern idiom'.