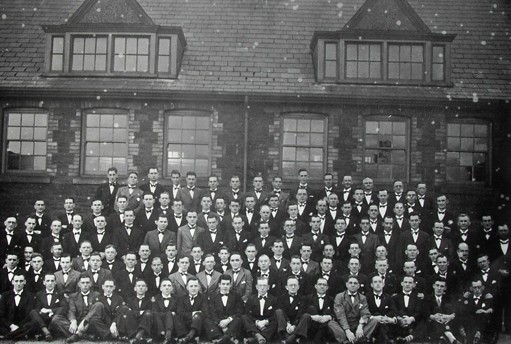 The Choir (with Conductor Ivor E. Sims) outside Pentrepoeth School.

A meeting was held at the Parish Hall on Tuesday evening the 9th April 1935 with object of forming a new Male Choir in Morriston.

It was proposed by Mr. Tom Elias and seconded by Mr. Pal Thomas that a choir be formed. The motion was carried unanimously.


The first Annual General Meeting held at Wesleyan School on Sunday the 19th May 1935.